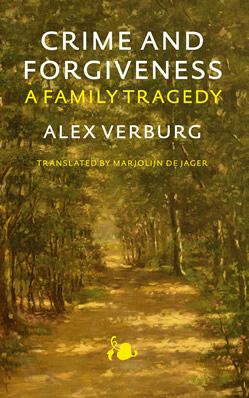 Crime and Forgiveness. A Family Tragedy

She comes home from a bicycle trip with her women friends and discovers that her husband has vanished without a trace. This is what happened to Hank Heijn, the wife of Gerrit Jan Heijn, the CEO of the well-known Ahold Corporation. His kidnapping, which occurred just a few years after the infamous abduction of the president of the Heineken Beer Company, is what the thriller The Clearing was based on, starring Robert Redford, Helen Mirren and Willem Dafoe. What actually happened in those seven terrifying months of her life is the story that Hank Heijn tells in this gripping account, Crime and Forgiveness. Is it possible to forgive a man who murdered your husband in cold blood?

To wind up our three-day bicycle trip through picturesque landscapes and rural villages, after our many stories and above all the glorious time we’d had, we had something to eat at Restaurant Napoli in Haarlem.  It was close to nine o’clock when we said our goodbyes and I drove back to Bloemendaal.  Would Gerrit Jan be home?  I hadn’t heard a word from him and for us no news was good news.  If anything was wrong he always managed to find me.  Before leaving, I’d written down every address and phone number so he’d know how I could be reached.
Monday morning now seemed an eternity ago.  After his usual cup of tea and two slices of bread, one with jam and one with chocolate sprinkles, Gerrit Jan had wished me a wonderful time and kissed me.  He always kissed me when he left for work.  On the mouth.  Unless I’d just put on fresh lipstick.

It was dusk when I entered our little green lane.  I turned the car into the property just past the wooden fence.  A great many cars were parked next to the entrance.  Good heavens, I thought, what’s going on?  I didn’t have much time to think about it.  The front door, which had been ajar, was thrown open and Corinne, our eldest daughter, came towards me.  Before I’d even gotten out of the car she put an arm around my neck.
“Papa is missing,” she said.